Filed under Poems, Essays, and Things

Walking Around the House (NaPoWriMo #20)

The dilemnas of being woman of the house from the comic "For Better or for Worse" by Lynn Johnston. Sourced by Yahoo!News

Oh these breakfast plate piles seem higher each day.
At least the sun is out though.
First, into the washer the clothes must go –
And I must remember to set an official date for the girls to play.

These plants look awfully dry – where is that watering can?
And that piano counter is getting dusty,
About the kids’ chores I need be more fussy.

The recital is coming up soon, time to start writing a plan.
Hope the students can count to four,
Remember a couple of steps and more.
That’s the thing with teaching toddlers, you never know where they stand.

There’s baseball at four and piano at seven,
In between I’ll buy groceries for that casserole –
How did this sweater end up with a hole?
Husband will like some potato chips, I reckon.

So many emails, this is why I don’t like cell phones
It becomes rude to not answer instantly
But how can you when messages stream in incessantly –
And this bank won’t stop preaching on the benefits of loans.

Oh no someone forgot their lunch, we should really wake them up earlier.
I think he is fine, he has pocket money,
And for his bee project he brought that jar of honey.
Aww this flyer has cute clothes, but for the little one’s taste might be girlier.
Still, I better check on hi-

Hello? It’s me speaking. May I know who the caller is?
I’m late for an appointment for a manicure?
It was a deal with a complimentary pedicure?
Now how did I forget, what a little thing to miss.

—————————————-
The prompt was to write in a family member’s voice and I picked mother. She is the invisible organizer and ultimate carer of everything while we are at school, and I’m sure always has a million thoughts in her head at a time. And mothers are always thinking of everyone but herself. My father (who will likely read this) is great and has many subtle tasks of his own, but we’ll save that for the next occasion…

The cooking of spices steaming from rice and chicken
Grandmothers’ voices, one soft and one crisp, worn with wisdom and time,
And so doting.
Open arms for hugs and smiles for exchange
Sweet and salty fragrances mixed with the invisible care of hands rise from the tables
Similar voices embrace each other in song and laughter
When the family gets together.

—————————————-
Around this time, I really miss our family halfway around the world. And family parties are the best – great food and great merriment. Our grandparents, aunts, uncles, cousins… Nothing can replace the gatherings we have and the memories that stay so vivid in my mind. I really hope there is time and chance to visit them all soon.

This poem was supposed to describe something with at least three of the five senses. And what is more rich in senses than a party?

There is Another Sky – Inspired by Emily Dickinson (NaPoWriMo #8)

Taken on a walk in Parry Sound, Ontario.

As obstacle shadows into vision set
By failing light, don’t you forget
Dawn after dusk follow in line
There is another sunshine

Its leaves are ever green,though frost it has seen
Within faded forests are unfading flowers
Tended by bright bee hum and a patient some
One just like you. Into the garden, come!
—————————————-
This is based on Emily Dickinson’s poem “There is Another Sky,” which contains so many beautiful phrases, I was moved to write with it instead of Cesar Vallejo’s rather sombre poem in the official prompt. I stayed with the theme of optimism in this version, and have a feeling I will be reading this as food for the soul in the future. Thank you Ms Dickinson.

And thanks for reading,
thebookybunhead

Smooth melodies soar past light beams into the dark waiting air
Where words hang in sweet resonance, dripping honest wisdom there –
Fall into the cup of love

Layered melodies swell in cycles, flooding the chamber with solemn chords
Engulfed by sour aromas of night as they tell of the sacrifice of the Lord
Fill the cup of love

—————————————
Yesterday was our music show and last night we went to Tenebrae, a service of “darkness” led by a men’s choir in reflection of Easter. So much music in one day, and coincidentally also related to wine and love. It’s my own version of an Anacreon poem since the tone couldn’t be jovial and celebratory (I wasn’t feeling it!). Each stanza is inspired by different musical performances- my friends performed the duet “Dance Me To the End of Love” covered by “The Civil Wars,” I sang “The Greatest Love of All” by Whitney Houston, and the whole Tenebrae program consisted of beautifully gothic pieces in Latin. I wanted to post this last night but fell asleep writing the last bit.

Tick, Tock.
Goes any ordinary clock,
But mine is special,
It’s quiet.

Its face glows blue,
A calming hue,
When I cannot see
At night.

Its design is foldable,
Small and holdable,
A hardy companion
Overseas.

No thing is as loyal
To its daily toil,
So I never miss morning sun
Through the trees.

Scratches in clumps
From morning grumps
Accidentally knocking it down
To the floor.

With this it puts up
And several “shut ups”
So what if it doesn’t
Tick tock.

It is my best little alarm clock.

————————————–
I really do love my alarm clock. Except in the mornings. I have been sick and am consequently more motivated to write poetry than homework. Oh dear. I wish creative writing was as big a part of English as essay writing, and not just in Writer’s Craft which I will always regret not being able to take.

From the moment I stepped out of the airport, I knew that my second time in Europe as a professional ballet exchange student would be no less than wonderful. Everyone was very welcoming and even Copenhagen itself seemed to greet me with its warm colours and lively streets. The next two weeks would be spent dancing with the Royal Danish Ballet and exploring the sights and sounds of the city!

We had ballet classes in the morning, one with students of the school, and one with professional dancers of the company. It was nice to have the variety of levels and intensity every day, as well as to meet many great people. We also took some other classes such as repertoire and Pilates, with Bournonville being particularly fun as a trademark Danish style with its charming expression and agile steps. It was an inspiring and exciting experience to take company class and I admit it made me feel impatient that apprenticeship starts a year earlier there!

We watched company rehearsals, and though it was too early in the season to see a performance, we got a tour of the beautiful, golden, traditional theatre and saw excerpts of ballet pieces in an annual outdoor show that promoted the Det Kongelige Teatre. It became chilly after sunset, yet the audience of thousands stayed sitting on the grass wrapped in blankets until a standing ovation at the end of the night; it was a kind of cultural appreciation I was quite impressed with.

Throughout the afternoons walking the streets of Copenhagen, we discovered many parks, observatory towers, and pretty buildings, and realized it was impossible to walk a few minutes without snapping pictures of a cool fountain or statue. I had the chance to ride in a canal tour, go to two of the oldest amusement parks in Europe, look at art (including a Degas exhibition) in a couple of the many museums that offer free access, and just enjoy the street and night life.

I once read that Denmark was named the happiest country in the world, and I can say I easily believe it with the relaxed, “go-with-the-flow” atmosphere I felt during my stay. Everyone I met was so nice that I often forgot I was a foreigner, at least until Danish was spoken, which I found out has absolutely no resemblance to English. I was sad to leave but was looking forward to bring back everything I had learned to grow more as a dancer and a person in my final year at NBS! Between the ballet and the excursions with friends, I had a grand time in Copenhagen and hope to visit again someday.

So, this is part of why my summer was packed to write as much as I wanted. The first month of gr.12 has been so busy but I’m really hoping to get this blog up and active again.

Filed under Dance, Life, The happenings

Had tons of fun cooking with my family yesterday. Nothing like homecooked food with simple ingredients to put a smile on everyone’s faces! 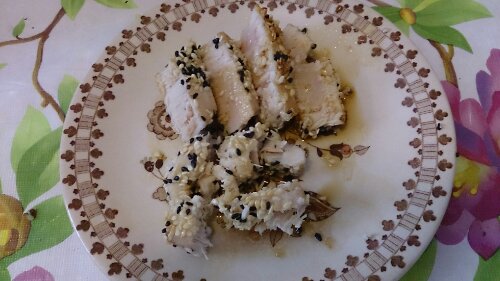 Hope you enjoyed the photos. I know I said that I was finally back after post -exam avoidance of reading and writing,  but it turns out summer is very busy, even with the end of summer school. I will most likely be posting photos during the rest of this month and returning to responses in words when time allows!

Filed under Life, The happenings

In the dampened smell of barbecue leaking
out the Chinese restaurant door
The little woman sits in a booth under
four oversized umbrellas
Gathering mannequin hangers as mother asks,
“How much for this shirt?”

“Usually 20, but I’m closing now, so have it for 10.”
She speaks Mandarin.
Mom nods for the purchase as the roar of clouds echoes down the street
The lady folds the elegant beaded garment, smiles, hands us a plastic bag

We say thanks and turn around
Rain pours down.

————————————————————————
Life is hard, I realize that regardless of our evolution into society, it will always be a survival of the fittest. We work to live and we live to work, but we musn’t forget to be generous and kind to each other because those moments are what we remember through time.

Happy birthday to my mother who never turns a year older!

Filed under Life, Poems, Essays, and Things, The happenings

Oh glorious day!
Sunshine blazes through canopies of green, crowds filter into High Park
A blackbird calls, its red and white marks peeking through the brush
Algae foams above the pond, where breezes sweep through the gardens
Strolling a maze of hedges and wading pools
Sit with face to the sky, indulge in quenching fruit salad and gelato
Hike hidden sandy trails imagining a place without city noise
Emerge into picnics, lawn bowling games, and playground cheers
Snapping photos and laughing chats all the way
Have a mini barbecue in shady grass, with softened rays of the dying hours
Contemplating why we work so hard to seclude ourselves from nature,
When we love so much to wallow in it?

—————————————————————————————–
Perfect way to end the long weekend: had an absolutely fantastic time with my family and my only regrets are that I had homework nagging the back of my mind and that I didn’t reapply sunscreen, not because of sunburn, but because it is too soon to already get this tanned. Summer feels so close but so far away, and I am feeling very unmotivated to go back to school and don’t-even-mention exams. I just have to remember to live every moment because before I know it, grade 11 will be finished.

Filed under Just another person, Life, Poems, Essays, and Things, The happenings